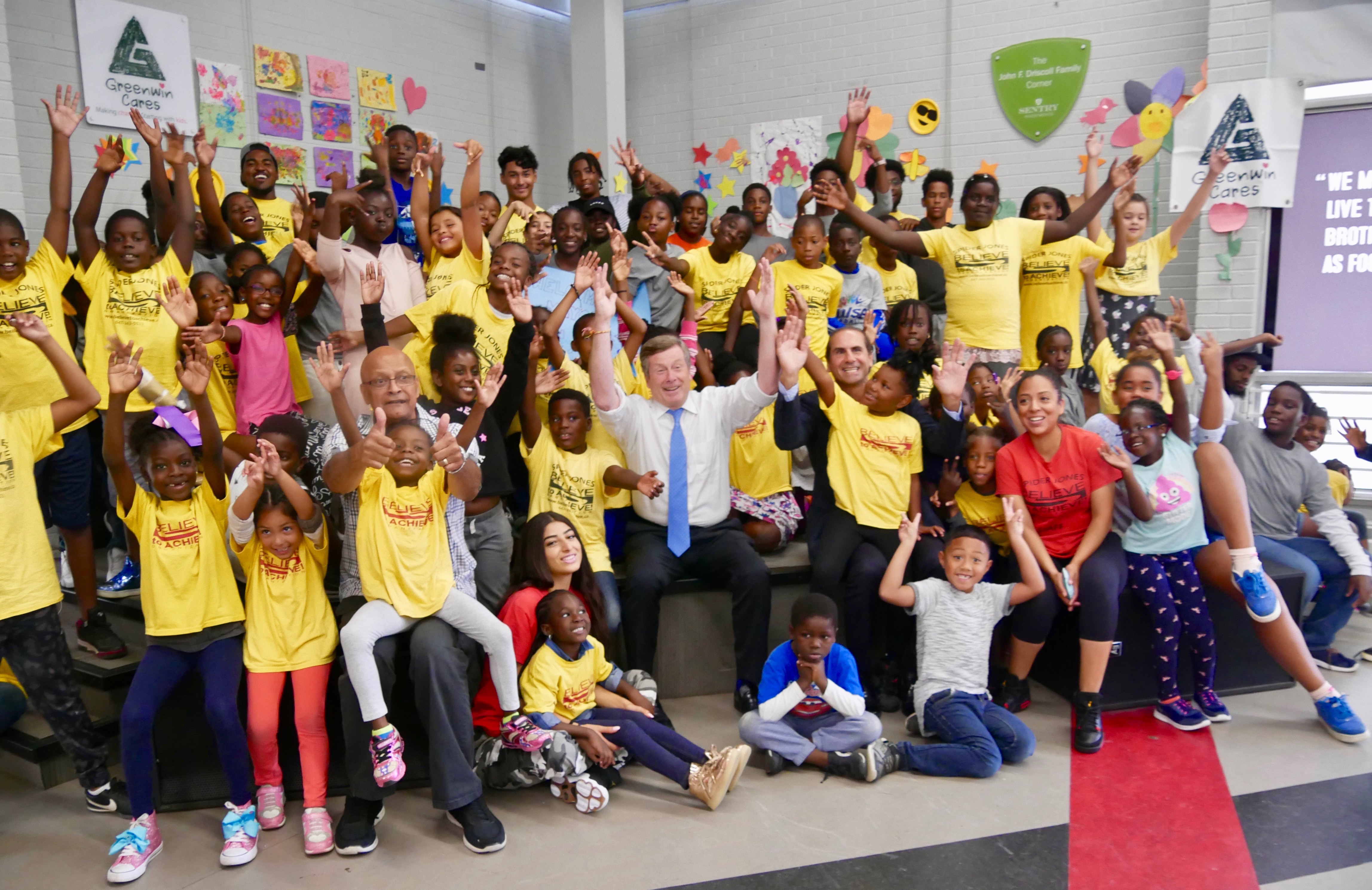 TORONTO, ON – Today, Mayor John Tory hosted a press conference at Greenwin's revitalized Jane/Wilson community, a living example of the positive impact social programs can have on the lives of at-risk youth.

Surrounded by the children of Believe to Achieve, a registered non-profit that assists kids in after-school development and mentorship programs, Mr. Tory reiterated his plans to match the province's funding to combat gun violence.

If re-elected in the fall, Mr. Tory will:

With youth mentor, media personality and former Golden Glove Boxing Champion Spider Jones by his side, Mr. Tory was backdropped by Spider's Web, a youth empowerment initiative that changes the lives of hundreds of at-risk youth every year.

"I want to thank the Greenwin corporation because they really get it," said Mr. Tory. "They got it among the first of the private sector people in the City of Toronto in putting programs together to take an interest in their own neighbourhood where they were the landlord."

Spider Jones added, "John Tory knows this city. Long before he was mayor, he was engaged with initiatives like this one, making great change. No one has addressed violence in this city more than he has."

"We're honoured that Mr. Tory selected our property, the Oaks on the Green, as the backdrop for his announcement today," said Jessica Green, Director of Communications, Greenwin Inc. "The mandate of Greenwin Cares is fully aligned with this administration's commitment to ending youth violence in Toronto. In support of Mr. Tory's commitment to keeping Toronto safe, we've launched our Selfie to End Youth Violence social media awareness campaign. We're asking people to put down guns and pick up their phones to snap a selfie and help raise awareness."

All entrants will be entered into a draw to win an Apple watch! 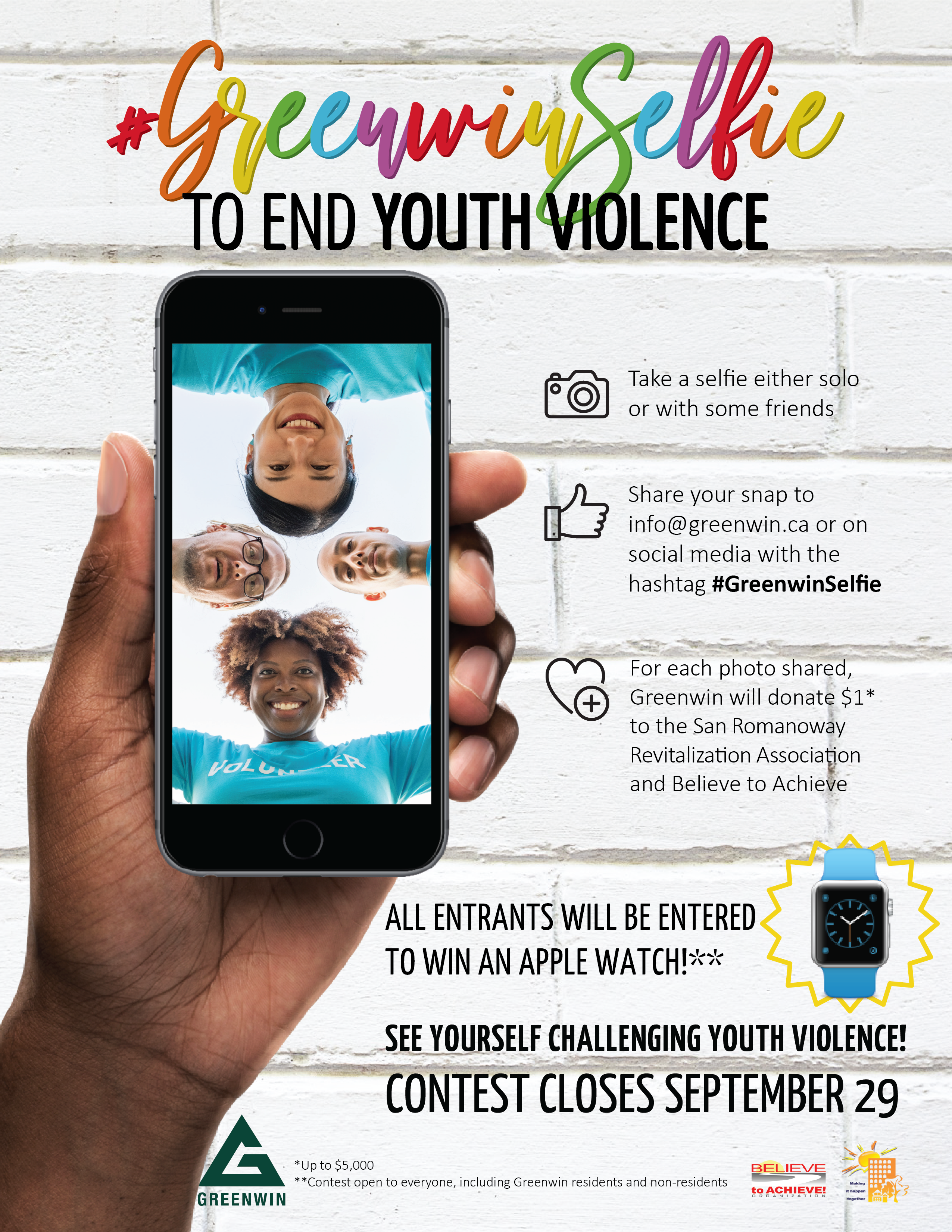 About Greenwin
Greenwin is one of Canada's largest privately owned, full-service property management and development firms. Headquartered in Toronto, Greenwin is known as a leader in multi-family housing, non-profit and affordable housing, social housing and commercial properties. Greenwin's portfolio includes more than 15,000 residential units and 1,000,000 square feet of commercial space. Through Greenwin Cares, our community revitalization arm, we focus on nurturing the positive qualities of some of Toronto's highest priority neighbourhoods. Through asset improvement initiatives, media and literacy training and other organized activities, Greenwin Cares ensures that no one – regardless of age – is left behind.