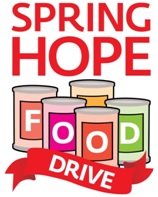 Greenwin is very proud to announce that we will be hosting the launch event for the 17th Spring H.O.P.E. Food Drive on behalf of the Greater Toronto Apartment Association. As avid participants in this event since its inception, we are honoured to be able to kick it off at our 59 Isabella property in Toronto.

On Tuesday, April 12, from 6:30 to 9:00 pm, housing providers, residents, friends and neighbours in rental communities across the GTA and Ontario will raise awareness for local food banks and collect food donations in a one-day mass food drive. More than 100,000 pounds of food is expected to be collected in this one-night event and will be distributed to food banks in the community and across the province.

In 2015, almost 1.2 million people throughout Ontario visited various food banks. For 16 years, Ontario's housing providers and residents have been volunteering their support and giving generously to raise nutritious, much-needed donations to combat hunger in our communities.