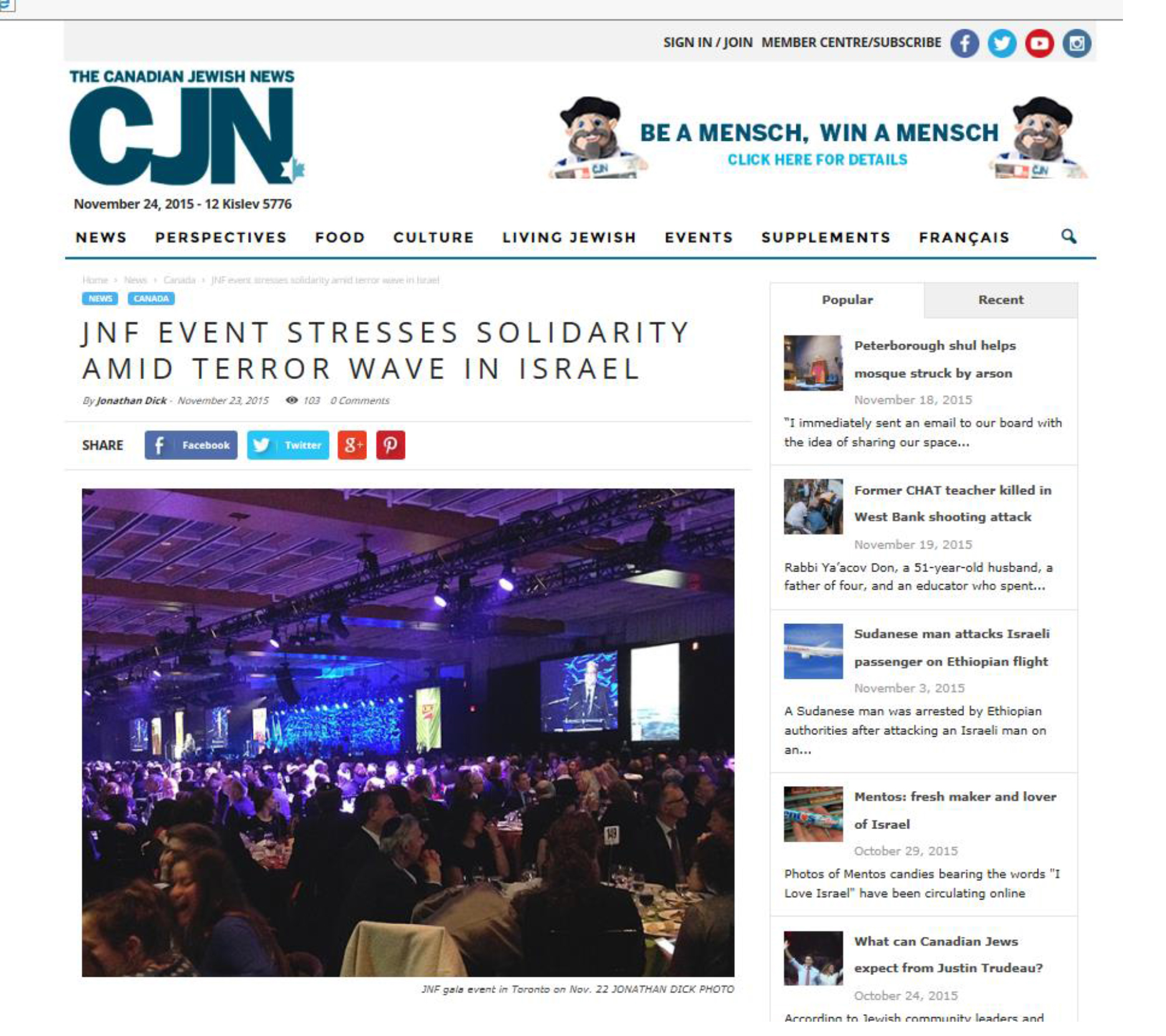 The themes of coexistence and solidarity were underscored by good vibrations from Beach Boys co-founder Brian Wilson at the Jewish National Fund of Toronto's annual Negev Dinner.

The Nov. 22 event honoured Joseph Frieberg and Kevin Green for their contribution to their local community and the State of Israel. Frieberg and Green's late father, Harold Green, founded Israel Tennis Centers (ITC) in Canada, and they have "stay[ed] with the organization since its inception 40 years ago," said JNF CEO Josh Cooper.

The event, held at the Metro Toronto Convention Centre, hosted 1,600 guests, who were treated a special musical performance by the legendary Wilson.

He was accompanied by former bandmates Al Jardine and Blondie Chaplin. They played many of their most famous songs, including California Girls, I Get Around and Good Vibrations. As Cooper put it when asked why Wilson was tapped to play at the event, "Everyone loves the Beach Boys!"

To read the rest of the article, click here.